HappyOrNot has helped us reach our goal of making it easy for customers to interact with the council. With HappyOrNot, customers are able to see changes we make and that we actually act on their feedback. We’re building trust with our residents and with our customers, showing that we do listen and we do care.”

Get eye-opening feedback rather than assuming what customers want

Make service improvements based on customers’ needs and pain points

Georges River Council is a local government area in Sydney, Australia that offers a range of customer-facing services for the local community.

After using HappyOrNot in their community and cultural service points, the council rolled out the real-time experience management solution at two customer service points located in the civic centre, and at six early learning (child care) centres.

Taking a data-driven approach to improving the customer experience

At the customer service points, residents can pay bills, ask questions, register their pets, and request services. Before working with HappyOrNot, Georges River Council had collected feedback through phone and email surveys only from those customers who had reported specific issues to the council. They didn’t have a way to collect feedback from customers after every interaction at the customer service points. Plus, the early learning centres only collected formal and quantitative feedback from parents once a year.

“Before we started measuring customer satisfaction with HappyOrNot in our customer service centres, there was never really data or a scientific approach to find out how customers experienced our face-to-face service,” says Margaret Le, Customer Experience and Events Manager at Georges River Council. “Implementing HappyOrNot made it a lot easier to capture feedback—it’s so simple for the customers to use.”

Daniel Propoggia, Customer Service Coordinator at Georges River Council, goes through the customer feedback data collected via HappyOrNot with his team every two weeks. Through the written customer comments they receive via the Smiley Touches, they can better understand the reason behind customer satisfaction and dissatisfaction and check for patterns.

“HappyOrNot is a very important tool for myself and the team leaders because it allows us to see if we’re doing things well, or if the experience could be improved. We can then make some quick changes to fix any issues we might have,” tells Daniel.

“If something’s not working, I want to be able to fix it quickly—I don’t want to wait a week or two to get the data and then try to make a change two weeks later because then that same issue will be ongoing for almost a month. With HappyOrNot, I can immediately make a change, then see if it worked or not, and the team leaders and I will meet to see what helped solve the issues,” says Daniel.

“If something’s not working, I want to be able to fix it quickly—I don’t want to wait a week or two to get the data and then try to make a change two weeks later because then that same issue will be ongoing for almost a month. With HappyOrNot, I can immediately make a change, then see if it worked or not, and the team leaders and I will meet to see what helped solve the issues,” says Daniel.

The customer service team also layers the feedback data from HappyOrNot with data from their queuing system and self-serve kiosks to uncover reasons behind customer satisfaction scores. For example, if they had extreme wait times during a certain period, they know the reason for an increase in unhappy customer feedback. “If we had a lot of unhappy customers at a certain time, we can also check the types of transactions—was it planning related, about pet registration, or did customers have to line up to pay a fee? By combining HappyOrNot with some of our other technology, we can dive down to the next level and see how we can improve our service and eliminate customer pain points.”

One instance is when Daniel saw a spike in unhappy customers and negative comments about wait time around the lunch period. After checking the rostering, they realised it was because too few people were at the front counter during that time. “It was a very quick win—we just tweaked the lunch roster, and that issue was resolved.” 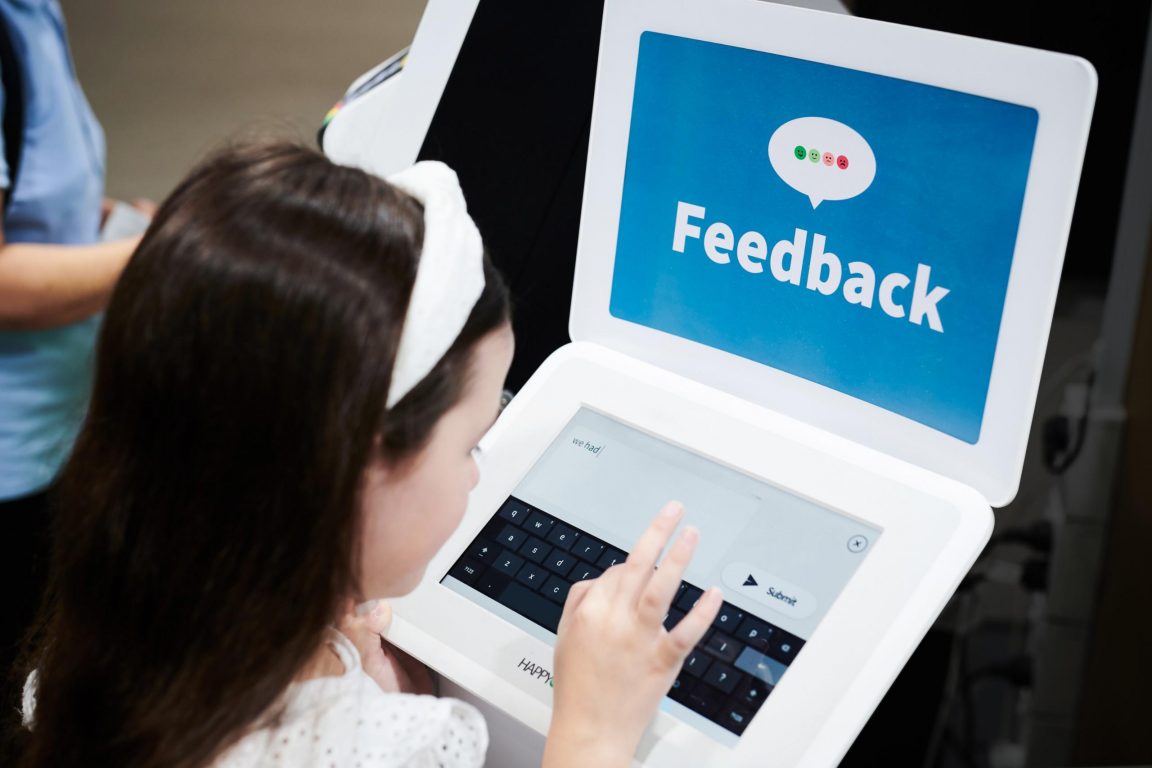 “HappyOrNot is inclusive and easy for everyone to use. It breaks down customer feedback data into very manageable graphs and charts so we can easily track satisfaction at certain times and days. The follow-up questions also give more in-depth insights,” tells Kristie. While they’re now collecting feedback from parents, Georges River Council also plans to start using HappyOrNot to get children’s input and make improvements based on their feedback.

Comparative, location-based data allows each individual early learning centre to see how one another is performing—and what families consider to be positive experiences—so Georges River Council can implement best practices across all centres.

Through the customer feedback data, they could also see that there was a range of experiences across the different centres. “If it wasn’t for HappyOrNot, we may not have known that the child care centres were doing things a little differently. Now, we’re able to work with coordinators in the centres to deliver consistent service, ensure our policies and practices are the same, and be confident that if a family went from one centre to another they would have the same positive experience,” says Kristie.

In addition to making quick improvements, Georges River Council ensures they make meaningful changes based on the data collected through HappyOrNot.

For example, after noticing that customers were leaving negative feedback about long wait times for simple interactions, Georges River Council introduced an interactive concierge service instead of a traditional receptionist role at the customer service centres. Through this concierge role, they were able to serve customers faster, and if needed, refer them to someone else in the organisation. “That was quite a huge change and a huge win for us. Our staff were pleased to see that customers wanted this, and it wasn’t just a change for sake of making a change,” tells Daniel.

Daniel explains that when staff started seeing the benefits of using HappyOrNot, they became more engaged and excited to make improvements to the customer satisfaction scores.

“When the staff started to see the benefits directly, that really changed and motivated them. They’re keen to check the Happy Index scores because they know they played a role in achieving the score. And when there’s a spike in customers who might not have been happy, they ask what could we have changed and how could we do better,” says Daniel. “They see how easy it is to pull the data from HappyOrNot—you can get as much information as you want, or a simple number if that’s what you’re after.”

Let’s repeat this success for your business